Wednesday 12 September 2018 32 Retired Members and guests had a really great day trip to Loch Katrine and a cruise on the Steamship Sir Walter Scott. En-route we had lovely warm scones at Taste of Perthshire in Bankfoot. They were
so nice we went back again on our way home for a super High Tea. It was one of our best trips and everyone really enjoyed it. From our 464 membership - A big THANK YOU to UNISON Highland Local Government Branch who continue to support and sustain us in our
dotage. David 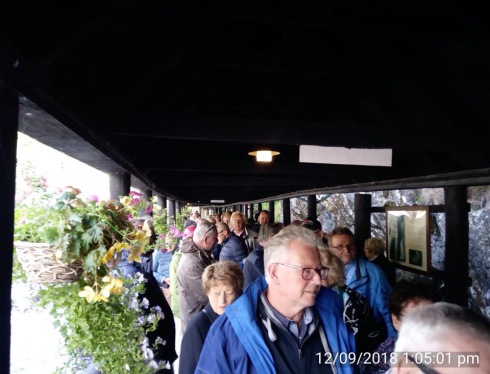 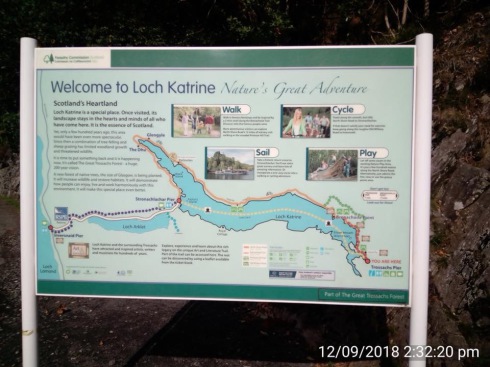 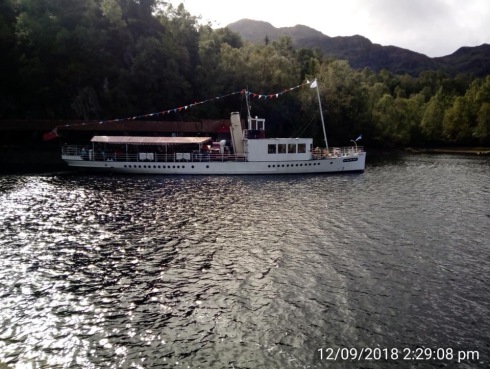 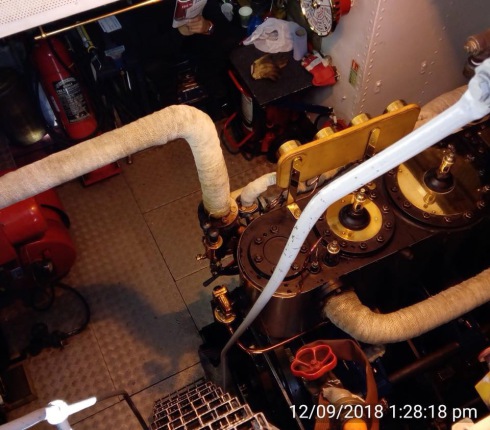 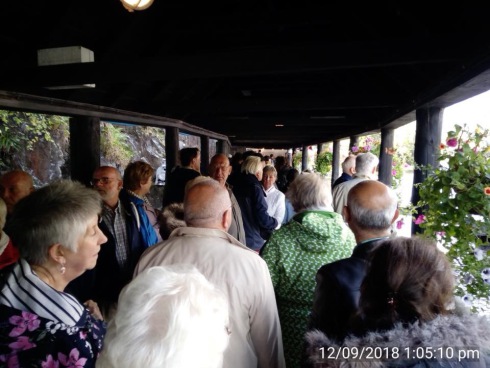 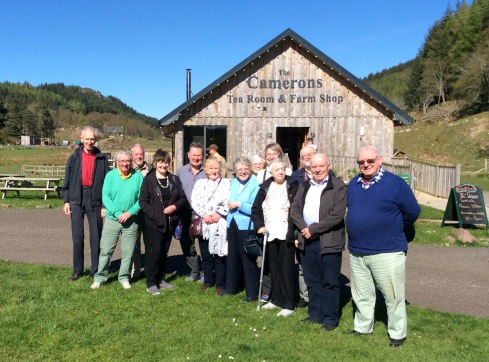 Thirteen Members really enjoyed a car sharing afternoon to Falls of Foyers and Cameron's (excellent) Tea Room. It was made more interesting for us as Grace's father had worked in the aluminium plant there and Peter had been working on the Hydro scheme which replaced the aluminium Works. Our next outing is to Oban on 06 June, (booking essential). David Hannah, Secretary. (thanks to Alastair Owens & Morag for the super photo).

You will find attached the Notice of our Annual General Meeting to be held at 2.15 pm on Friday24 February 2017 in the Inshes Church Hall, Inshes Retail Park, Sir Walter Scott Drive, Inverness IV2 3TW, and by choosing this new venue we hope to attract a much improved attendance as we consider it to be a convenient location for our members with the advantage of having free car parking.

The Minutes of our AGM held on Wednesday 2 March 2016 and our Annual Report for 2016 are also enclosed; copies of our audited Annual Financial Statement will be handed to members at the meeting. All of this information can be viewed on our website by going to UNISON Highland Branch - Retired Members.  We have welcomed into our membership a total of 75 who have retired over the past five years, but all our attempts to persuade them to attend our events and help to run our activities have so far been unsuccessful.  This is extremely disappointing as we do need some of our younger members to become involved by bringing their youthful vigour along to revitalise our proceedings.

To keep our organisation running successfully, we urgently need to appoint at least a new Convener, Secretary and Treasurer, so we invite recently retired members who may be willing to take up one of those posts to meet us at 2.00 pm prior to the start of our AGM. Those tasks are not unduly onerous and you would have the satisfaction of knowing that you would be helping to provide a useful and much appreciated service to our members.  Expenses are paid to cover costs and every assistance will be offered to you by the friendly and efficient staff in the Resource Centre for typing, mailing and maintaining records etc. We do hope that we can continue to provide good service for our members, especially for those living on their own who may be troubled with loneliness and find that attending our events can be the only opportunity they have to go out to meet former colleagues, find new friends and have an enjoyable day out.

2. Minutes of AGM held on 2 March 2016
3. Matters arising therefrom
4. Treasurer’s report and adoption of Financial Statement
5. Annual report
6. Appointment of Convener, Vice Convener, Secretary, Treasurer, Welfare Officer and two Auditors.  Nominations for those posts will be accepted prior to the start of this meeting, but it essential that members can only be nominated if they have previously expressed their willingness to accept a post.
7. Programme for 2017
8. Any other competent business.  If we are unable to appoint suitable new Office Bearers and draw up a Programme for 2017, we will then have to consider whether it will be possible for the UNISON Inverness Area Retired Members to continue functioning.

In addition to attending our AGM, retired members are encouraged to attend the UNISON Highland Branch AGM at the Merkinch Community Centre, Coronation Park, Inverness IV3 8AD on Saturday 4 March at 11.00 am to give our working colleagues our support.

Prior to the commencement of the meeting, John Gibson, Secretary, UNISON Highland Branch, was invited to give a presentation on the latest situation regarding further cuts in public expenditure and the effect this would have on our working colleagues. He reported that we were in a very serious situation and gave us comprehensive details of the reduction in numbers of staff now being considered and confirmed that UNISON would continue to do all in its power to look after the interests of members.

WELCOME was then extended to the 23 members present and apologies for absence were received from 12 members.

MINUTES  The Minutes of the AGM held on Friday 13th March 2015 were approved.

TREASURER’S REPORT Copies of this report were handed to all members present. The financial statement had been examined and approved by the Auditors. The statement was also approved by the Branch Secretary and Treasurer, and they and the Branch Committee were thanked for their agreement to increase our grant for 2016 by a small amount.

ANNUAL REPORT This report indicated that we welcomed 11 new members during 2015 bringing the strength of our section up to 434. The report had been circulated to all members in advance of this meeting and members present indicated their approval of its contents.

REVISION OF OUR ORGANISATION​

A proposal was considered to make changes to our organisation which would involve holding the business part of our regular meetings as an open forum whereby all members present would be welcome to take part in the proceedings, raise any issues and have a right to vote on them. A small Management Group consisting of the present five office bearer posts would be appointed annually at our AGM, when Auditors and Representatives on the UNISON National and Scottish Areas, and the Scottish Pensioners’ Forum would also be appointed. The proposal was approved unanimously and the following were proposed, seconded and duly elected to serve on our Management Group and other posts:

COMMUNICATION A proposal to improve communications with our members by creating a Web Site was considered and it was agreed that the matter be referred to the UNISON Highland Branch Committee with a view to a possible linking in with their Website.

There being no further business, the meeting was closed at 3.15 pm.

During 2016 we welcomed 17 new members bringing the strength of the Inverness Area Retired Members up to 434. Our Annual General Meeting was held at the Highland Archive Centre on Wednesday 2nd March attended by 23 members when a proposal to revise our organisation by appointing annually a small management group consisting of five office bearers was approved, and the creation of a Website to improve communications with our members was also agreed.

Our summer events commenced on 20th May when we had 16 travelling by car sharing on a visit to Fort George.  On 7th June we had 42 travelling by coach to Caithness to visit the Castle of Mey, John O’Groats and Lybster Harbour, stopping at the Brora Golf Club for our morning break on the way north and for high tea on our return journey.  On 6th September we had 43 travelling by coach to visit the Falkirk Wheel and The Kelpies, stopping at the Bankfoot Perthshire Visitor Centre for our morning break and for our high tea on the return journey. All of those events were blessed with good weather and were very much enjoyed by all who attended.

At our meeting held in the Archives Centre on 12th October our principal office bearers, who had given us many years of outstanding service, announced that they intended to stand down from their posts at the end of the current year, so it would be necessary to attempt to fill those important posts at our next AGM to be held in the Inshes Church Hall on 24th February 2017. Over the past five years we have welcomed a total of 75 who have now become newly retired members, but all our attempts to persuade them to attend our meetings and help to run our activities have failed. This is extremely unfortunate as we do need some of our younger members to become involved by bringing their youthful vigour along to revitalise our proceedings with new ideas.  So far no offers of such help have been received, but a further appeal will be made to them when the notice for our AGM is issued shortly, and if no new assistance is then forthcoming, we will have to face up to the possibility of the UNISON Inverness Area Retired Members Section being unable to continue functioning.

To end on a happier note, our annual pre-Christmas lunch was held in the Lochardil House Hotel on 16th December and this was attended by 89 members and guests. As always, this was a very happy occasion which brings out our biggest attendance of the year to enjoy the delights of the ever popular Lochardil Hotel pre-Christmas fare and ends with a carol singing session led by our good friend Sheila Bruce.  If all else fails in the future, could there still be a possibility of our Christmas lunch being our one and only event of the year if this could be organised somehow?