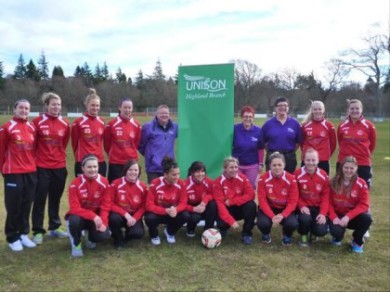 Keep an eye out for our next newsletter in a week or so which will contain details of upcoming events for November and the all important 25th!

Chris Green Recieves 'Inspire' Award
At the 2012 Graduation Ceremony for Calderdale College our Director Chris Green recieved the Inspire Award from Calderdale College, for his services to the local community and for his role as the founder and driving force behind the White Ribbon Campaign in the UK. Chris said "It is a great honour to receive such a prestigious award and as an Olympic torchbearer I am very proud to follow in the footsteps of the double gold paralympian Hannah Cockroft." He went on to give a little advice to graduating students, "The advice I have for graduating students is don’t give up, be yourself, be passionate about what you want to be, be committed about what you want to achieve and just go out and do it. Go out and achieve, you can do it, but don’t sit on a sofa and wait for people to come to you; you’ve got to make it happen."

Nottingham 'Man Enough' White Ribbon Update
Supported by the Nottingham Post's coverage of VAWG, the Man Enough campaign is gathering momentum with Pledge events at Nottingham Freshers' Fairs seeing alot of interest and large numbers supporting the campaign, with many coming forward to volunteer for outreach activities across the city, including Nottingham Light Night and Game City. The team supporting the campaign there have also come up with a fantastic tool in the shape of a floormat with a 3D image on it, which is a real eye-catcher and helps to promote discussion.


October also saw the inaugural 'Angel's Day' in Nottingham, a moving tribute to Casey Louise Brittle and others "In memory and celebration of Nottinghamshire children who have been taken from their parents in violent circumstances" offering an opportunity for those who have lost loved ones to domestic violence to know that they aren't alone, and contribute to the work of ending violence. For more details of the event see this article online: http://www.thisisnottingham.co.uk/Murder-victim-8217-s-mum-calls-action-domestic/story-17045458-detail/story.html

Designer Sir Paul Smith has become involved the campaign, helping encourage individuals to sign the White Ribbon Pledge, designing mugs with two hearts on, one red and one black to represent the two people killed every week by domestic violence. Another notable figure, Corrie's Tyrone (Alan Halsall) has also signed the pledge, both men providing great high visibility for the campaign and will hopefully inspire others to do the same. The campaign in Nottingham has full support both of individuals like Sir Paul Smith and the council members, police and services which deal with VAWG.

With just over 4,000 pledges so far the campaigns going strong, and we can expect many more in the lead up to November 25th, with more men becoming 'Man Enough' to say no to domestic violence.

Lewes Becomes a White Ribbon Town
Lewes District Council was WRC Accredited on the 19th October 2012, becoming a White Ribbon Town for their work in combating Domestic Violence and wider anti-violence work. We've seen fantastic co-operation across the Council, in areas such as housing and businesses, really far too much to cover here. Their areas of work have included reaching out to leisure and community facilities, partnerships with a broad range of local services and charities, and engagement with young people around the issues of VAWG. All in all, we're very proud to hand over the White Ribbon Town Award for their excellent work and dedication to the cause.

Many more towns are interested in becoming White Ribbon Accredited and the campaign is really gaining momentum. With the support of Authortities such as Nottingham, Lewes and others we hope that we can make some real progress towards our goals.

Bury College Awarded White Ribbon Status
Bury College recently became the first FE institution to achieve White Ribbon Status, awarded for 6 years of staff and student activism against VAWG. Through the years they've handed out informational materials to their students, held awareness raising events such as 'These Hands Are Not For Hurting' and holding White Ribbon Games. Staff have sought out information on, and created procedures to safeguard their students from the broad range of issues that comprise VAWG, such as forced marriage. Through forming partnerships with a broad range of anti-violence services they have been able to access the materials and expertise to raise awareness of VAWG as well as dealing with its consequences. The award's ceremony was attended by the Principal, Charlie Dean, other members of staff, and of course the students who have dedicated so much of their time to these issues on top of their studies. Comments from the event and video testimony can be seen on our website under Resources, Education section.

Calderdale College has also begun applying for White Ribbon Status, hoping to use the White Ribbon Award to promote awareness and anti-violence work on their across their campus, led by Principal, Chris Jones, who also has a few words to say on why he supports the WRC on our website, under Resources and Education. The Award is designed to enable educational institutions to raise the issues of VAWG in a safe and positive way, raising awarness amongst staff and the student body. With all that Bury has accomplished, and the enthusiasm Calderdale College is now showing for the strategy, we know it will be a great success in reaching young people and encouraging respect in their relationships.

Hebden Bridge Times
Don't forget that the Hebden Bridge Times is running 'Stand up, Sign up', the paper's campaign to have its readers sign the White Ribbon Pledge and speak out against VAWG. They've been dedicating some of their coverage every week to the cause, with huge support from local groups such as the Hebden Bridge Rats, pictured below. It's really encouraging for us to have such strong support on our doorstep. Visit their website to see some of their articles and catch up on the campaign.

The Isle of White Safeguarding Team brought to Bestival 2012 the White Ribbon Campaign mission to end violence against women and girls. The group of people most at risk of domestic abuse, rape and stalking in the UK are young women aged between 16-18. Hundreds of Bestival goers said ‘NO’ to violence and abuse and helped to create a massive hand print banner under the headline ‘These Hand’s Don’t Hurt’ - pledging with their hand prints to never to commit, condone or remain silent about violence against women and girls.
Things IOW Safeguarding Team learned at Bestival:
"1) EVERYONE loves painting their hands. 2) Many, many young women suffer sexual assault and rape and yet would not define their experiences in these terms or consider involving the police. Young women spoke of receiving sexual comments, of ‘groping’ and ‘unwanted’ sexual intercourse – which was excused because both parties had been drinking. Our stall enabled us to engage in conversations with young men and women and to challenge some of their assumptions and levels of tolerance to violence and abuse. We have been invited back next year and hope to continue to spread the message."

Along with WRC volunteers attending the festivals Latitude and LeedsFest as unpaid bar staff we've had a strong presence at festivals this year, and a great time in doing them. The wages that our volunteers would have earned were instead donated directly to the WRC through the Workers' Beer Company, whilst they got a fantastic experience in return!

On the 22nd October two  of our volunteers, Joan Taylor and Paul Brannigan with Louise Howorth, DV co-ordinatorr at Burnley council, met Jonathan Sibley, Burnley FC Chief Executive, at Burnley Football Club to discuss a range of events at the club. It was a very productive and positive meeting with Jonathan sharing what he felt the club could offer and how we could integrate WRC ideas with the club's needs.
We discussed the high incidence of domestic violence in Burnley, with one of the highest reported rates  of DV in the country. The club has a strong feeling of responsibility towards its supporters and local community and is aware that there can be a jump in DV rates when some matches are played. This is what has partly been the stimulus for them to get in touch with WRC. They will be looking into developing a new safeguarding policy with the WRC, as well as doing promotional work such as short videos and youth outreach work. With strong leadership from the club we can make a real impact in the sports' area.

EVAW
EVAW has launched a new campaign 'All Schools Safe and Equal', aimed at promoting healthy relationships and tackling harmful attitudes in our schools, with a range of resources for schools to use directly and for parents to campaign for sex and relationship education that works. See the EVAW site for these resources; http://www.endviolenceagainstwomen.org.uk/schools-safe-4-girls and a 'Comment Is Free' article by Holly Dustin on why sex education should recieve more support: http://www.guardian.co.uk/commentisfree/2012/oct/05/sex-education-child-abuse-tories

These Heels Are Made For Walking
Rosshire Women's Aid held a Heels Walk on September 22nd , with 15 men taking part and strong support from the public, raising a few eyebrows and undoubtedly awareness too! Visit their website for further information on the walk, or if you want more information on the group: http://www.rosswa.co.uk/these-heels-are-made-for-walking-4/

Our Director, Chris Green, has been in London for the WAVE (Women Against Violence Europe) Conference, along with hundreds of others, all working together to end violence against women and girls. We can only hope this year's conference generates energy and ideas to take the anti-violence agenda forwards!

On a side note, we would really appreciate donations of size 9+ heels for this years walks, especially as we lend them out to others. Following the floods we lost a lot of stock and are struggling to find replacements. If you find a pair or two to donate please get in touch.


We hope that you have enjoyed reading about our continuing progress in raising awareness of Male Violence Against Women and the part that the White Ribbon Campaign is playing in helping to prevent it.﻿